The Melbourne Mining Club runs six keynote speaker events each year, mainly in the historic Melbourne Town Hall. Speakers come from the top executives and boards of the world’s leading resource companies, drawn to one of the most knowledgeable audiences of resource industry representatives as well as their peers, senior investment and media representatives.

From acorns, big trees grow. The Melbourne Mining Club’s commitment to the resources sector is highlighted in our Cutting Edge events which provide a forum for small-to mid-cap exploration and development companies to showcase their activities, management and business strategies in an informal gathering on a Tuesday afternoon, starting at 5.30 pm, at the Melbourne Town Hall.

The highly distinctive Melbourne Mining Club logo can now be seen in many resource industry capitals around the world. Our first event outside Australia was to the heart of the global mining investment world, the City of London, and we are now in our 10th year of events in The Old Dart.

Missed out on the London dinner?  Watch the full interview here

The Melbourne Mining Club is delighted to be sponsored by AMC Consultants and White & Case.

Roy Woodall AO FAusIMM, the doyen of Australian explorationists, has passed away in South Australia, aged 90.

He is acknowledged as central to the exploration and discovery culture of Western Mining Corporation, a company he worked for over a 42-year period, retiring in 1995 in his role as Director of Exploration.

A recipient of the prestigious AusIMM Medal in 1984, Roy served on many advisory bodies including the CSIRO, ANU, University of Adelaide, the Australian Science and Technology Council and the Antarctic Research Policy Advisory Committee. He was also the recipient of an Honorary Doctorate of Science from the University of WA.

Roy and his lifetime companion Barbara have 10 children. 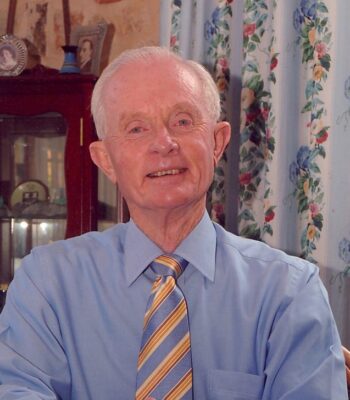 To our Melbourne Mining Club members,

Safety is the number one priority of the Australian minerals industry. This includes taking a conservative approach to protecting the health of participants at Melbourne Mining Club events. Events have resumed subject to government COVID updates.  Please monitor our website as dates can change at short notice.

We thank you for your ongoing support for our forum and related events, and we look forward to welcoming you at future events. Dates will be updated on our website, on LinkedIn and distributed via email alerts.

We appreciate your understanding in these challenging times.

John Reynolds AM, a true veteran of the Australian and Victorian mining industries, passed away, aged 98, on 8 August 2020.

A metallurgist who evolved into senior management and administration, John’s professional years were spent with companies including Consolidated Zinc (CRA) and WMC which he joined in 1972 and left due to ‘retirement’ in 1986. John, of course, did not retire, and he formed what became known as the Victorian Chamber of Mines. Today, it is better known as the Minerals Council of Australia, Victorian Division. John was a true and innovative leader; one of our finest clear thinkers - something for which he was often consulted, especially in the formation years of the Melbourne Mining Club. He was a regular attendee at MMC events, and was a valued guide through the first 20 years of our Club.

John is survived by his wife Frances and their two children Bill and Pam. Vale John Reynolds AM. 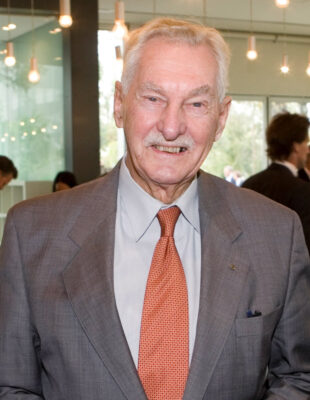